John Tilney has been writing his whole life. He started with gothic-style mysteries in the spirit of Wilkie Collins and the like, but has since moved on to something a little more hard-boiled. Watch out for big changes!

John grew up all over the US, traveling with his mother, somewhat infamous scholar Katherine Tilney, and serving as her research assistant. This has served him well in his quest to represent different people and cultures in his exploits both on and off the page. Far better than it's served his mother, apparently.

His hobbies include loud music, louder fashion, tequila shots, reading everything under the sun, and social justice.

[ADDENDUM FOR PRAETERNATURAL PUBLICATIONS ONLY:

As a pyrokinetic Elementalist, John has worked with several well-known organizations to prevent Elementalist Dementia. He's an outspoken proponent for Necromorph rights within the praeternatural community.] 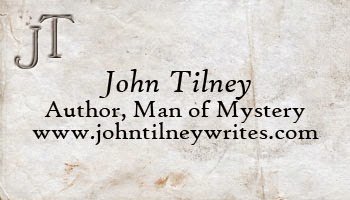