Welcome to the Chop Shop

Welcome to the Chop Shop, and no, we're not talking about cars. We're talking Zombie Mafia so, well, you can imagine.

Kanaan & Tilney: The Case of the Arms Dealers is live! Snag your copy at Less Than Three Press or any of these awesome retailers! An ace pyrokinetic and a big bi wolf walk into a bar... 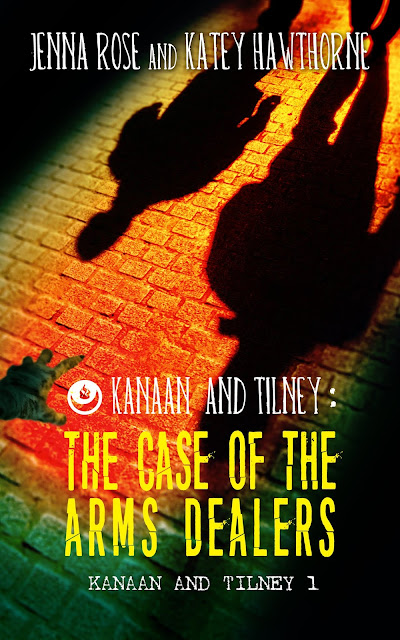 John Tilney—praeternatural pyrokinetic and mystery author—has noticed the bottom dropping out of the market for his usual gothic fare, so he goes to Lowell Kanaan, PI, for a crash course in noir. Lowell, a cranky wolf-shifter detective, isn't sure why he agrees to let John shadow him, though it might have something to do with John's weirdly endearing honesty...and pretty lips. John thinks he's found the perfect detective novel hero in Lowell, but it isn't long before he realizes he doesn't want Lowell for his book, but for himself.

And stop by Joyfully Jay tomorrow for a juicy, plotty excerpt and giveaway!
Posted by Katey at 11:43 AM

Email ThisBlogThis!Share to TwitterShare to FacebookShare to Pinterest
Labels: info, kanaan & tilney, news, the case of the arms dealers